This FULL COLOUR book provides a tactical analysis of Jürgen Klopp 4-3-3 Attacking Tactics (70 Tactical Examples) for you the coach to learn from one of the best coaches in the world.

This FULL COLOUR book provides a tactical analysis of Jürgen Klopp 4-3-3 Attacking Tactics (70 Tactical Examples) for you the coach to learn from one of the best coaches in the world.

Michail Tsokaktsidis is a UEFA ‘A’ Licence Coach and has used the analysis of Liverpool’s attacking play to create 15 Full Training Sessions (72 Practices and Variations), so you the coach can implement Jürgen Klopp and Liverpool’s 4‐3‐3 tactics into your training sessions.

The aim of the book is to teach you how Klopp’s Liverpool team create chances and score goals using many variations of 11 Tactical Solutions (70 tactical examples) against different opponents, which they used to become a dominate attacking force in Europe, winning the UEFA Champions League and Premier League titles. 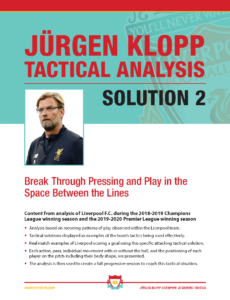 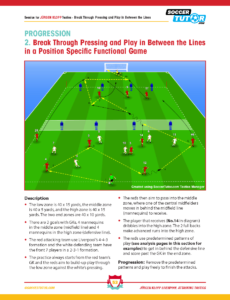