1. The disposal of players with the respective distances 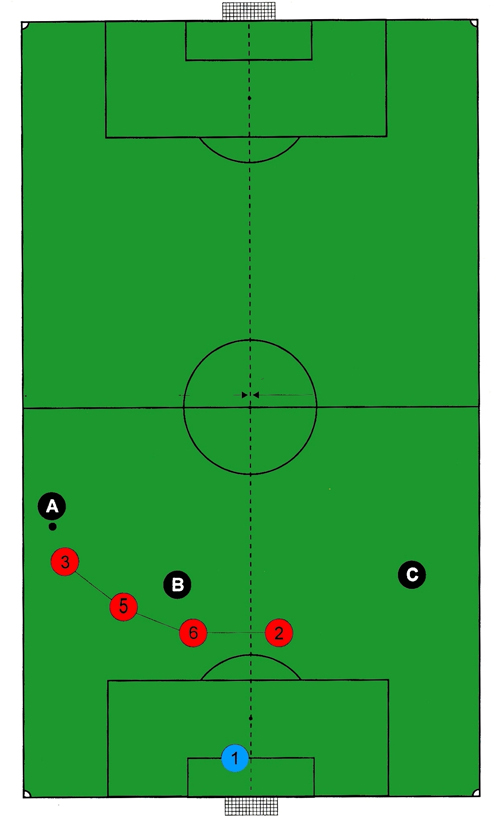 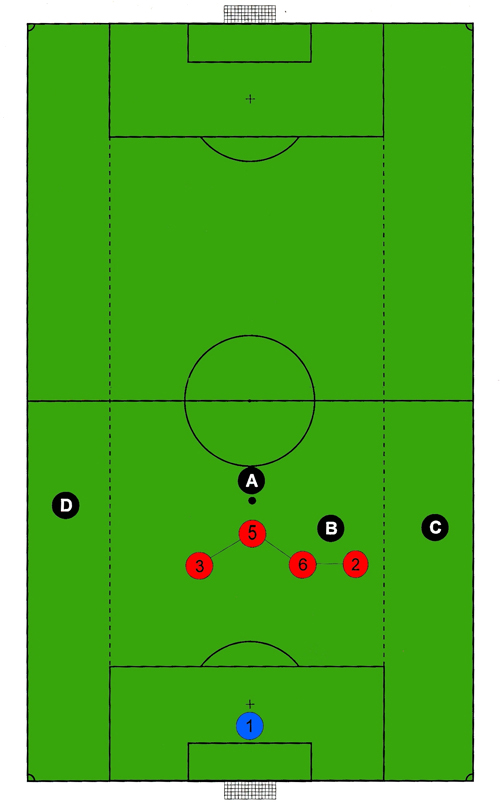 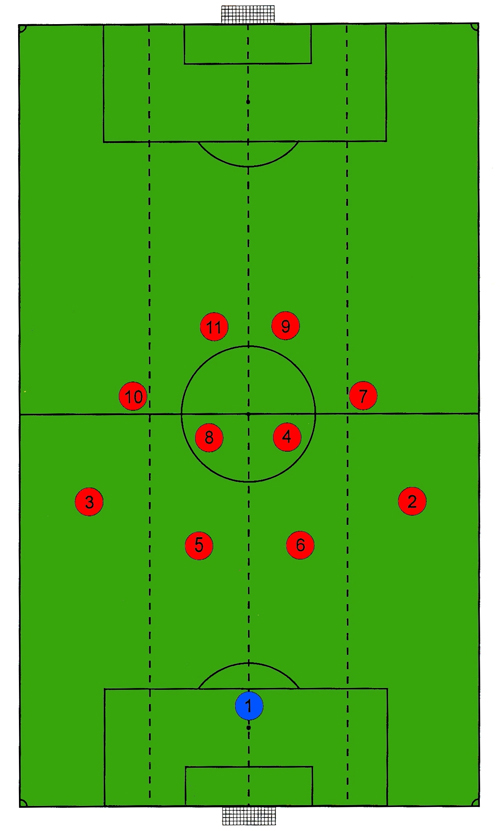 6. Defenders’ positioning, in order to concomitantly perform coverage for the team-mate against the opponent and marking the direct opponent 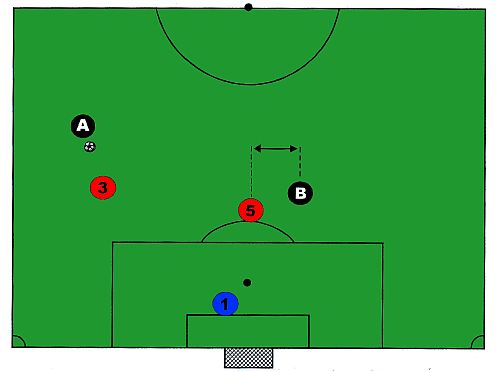 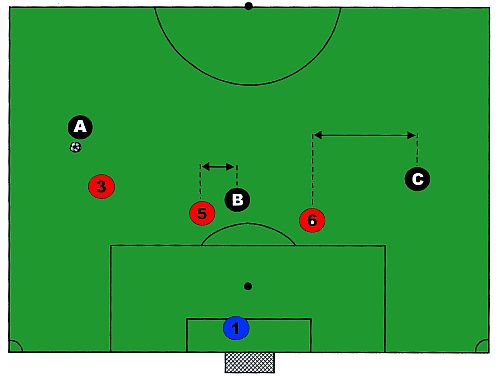 7. Diagonals and defensive coverage – is done by disposing the 4 defenders according to the position of the ball and of the colleagues. 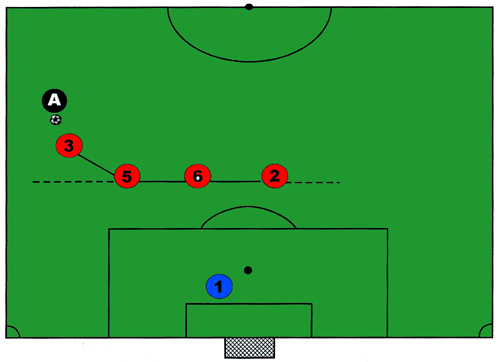 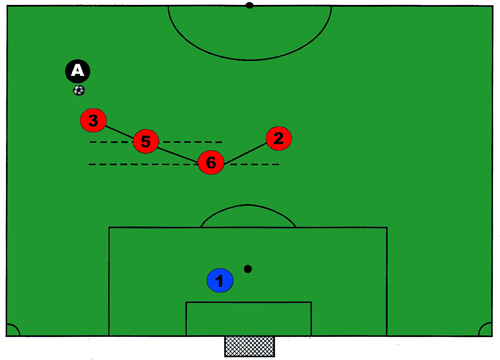 8. Pressing – simultaneous action of more players, from one or two compartments or of the whole team, having as a goal, the limitation of time and space of the opponent and implicitly, recovering the ball

Pressure – individual action having as a goal reducing the space and time of the ball-carrying opponent.

If the whole team exercises pressing, this has as a consequence applying the offside trap.

–  When the opponent receives a high pass (aerial trajectory)

– When the pass is incorrect (slow, long, imprecise)

– When the take-over of the ball is wrong

– When the ball is transmitted laterally

Pressing can be exercised from the limit of the opponents’ penalty area, from the opposing third or from the team’s own half. The area wherefrom we initiate the pressing depends on 3 factors:

– Characteristics of the attackers

–  Physical condition of the team

The offside tactics is used in the following particular situations:

– When the opposing attacker, back towards the goal, passes backwards